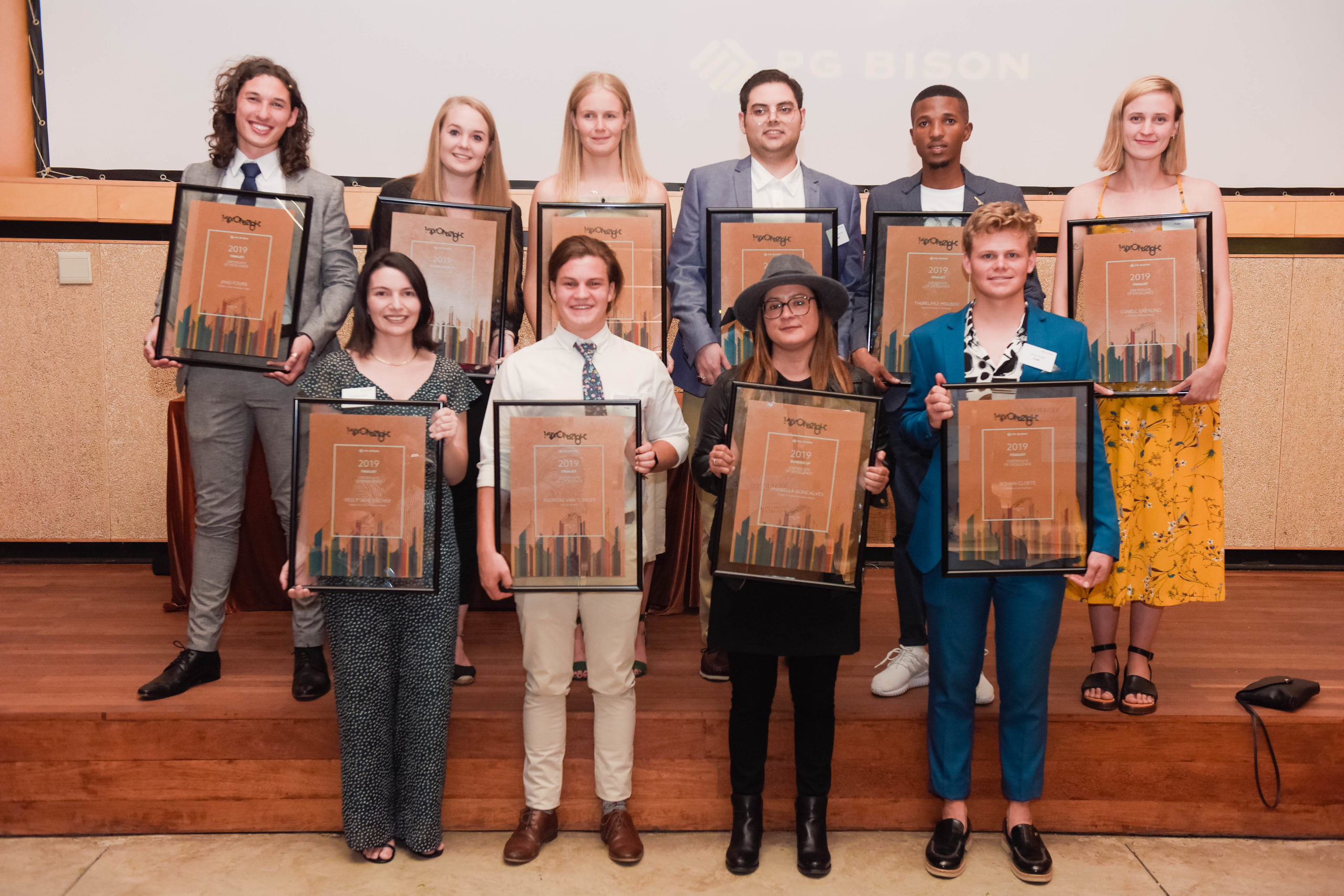 Johannesburg, 1 November 2019: PG Bison, trusted wood panel manufacturer and proudly South African company, has been running the 1.618 Education Initiative for 27 years. The winners of the 2019 edition were announced at a gala event on 31 October 2019 at the Apartheid Museum in Johannesburg.

This annual design competition is aimed at third-year architecture and design students around South Africa and is written into the curricula of participating educational institutions. It aims to nurture and recognise young talent, introduce students to real-world briefs and products, and encourage creative thinking.

The winner for 2019 is Sanette de Villiers, an architecture student from Nelson Mandela University in Port Elizabeth, and the runner-up is Anabella Goncalves, from Design Time School of Interior Design in Cape Town. This year, the judges decided not to award third place. Despite the high level of talent on display in the 10 finalists’ work, it was decided that none of the remaining eight finalists’ submissions adequately met each and every requirement of the brief.

“The competition was so much fun,” says De Villiers. “It was exciting to try to incorporate my ideas into the brief and combining all the elements required.” She explains that her concept revolved around understanding the context of the site specified in the brief – the current buildings around it, potential future developments, the environment in which it is located, and the needs of the community. From there, she developed her idea using solid and void forms that could be built on top of one another to adapt the space as required, allowing for flexibility depending on the requirements of those using the building. She also incorporated lightweight partitioning systems, which would allow residents in the units to shift their spaces for different uses at different periods.

“I’m still in shock that I’m going to be going to Milan, but I am honoured and humbled, and happy to be keeping my university’s name high,” De Villiers says. She says that winning the competition is a wonderful confidence boost and gives her a new drive to push herself. “I think competitions like this are important beyond the prizes – it helps us as students to learn to present something, and it pushes us to think in a different way.”

Goncalves is an interior design student. Her submission, which garnered her second place, was designed around the idea of a sculptural development, which included smaller buildings that were integrated into one another. “I wanted people not to feel closed off and divided, but allow people inside the buildings to interact with and see one another,” she says, adding that she is grateful for competitions like the PG Bison 1.618 Education Initiative. “I feel honoured to have won second place. This competition has really created a platform to have fun, to be creative and to express ourselves and explore different materials. It’s been challenging, but a great experience overall.”

Lian Markham, Communications Manager at PG Bison, says the 2019 1.618 Education Initiative competition brief was themed ‘The race for space’. “We asked students to take an existing site in Durban and design three elements: an engaging and attractive street-front; creative communal spaces; and residential units with a degree of flexibility in how the space can be used as residents’ needs change.”

Aptly, Mashabane, who is the longest-serving competition judge, is also the architect who designed the Apartheid Museum – the venue for the 2019 awards. He believes competitions like the PG Bison 1.618 Education Initiative are valuable because they give architectural and design students the opportunity to express how they think and what they have learnt, as well as how they would like to “brand” themselves.

“Competitions like this help those who are studying to think outside of the box – not just to focus on the influence they get from their professors only. It helps them to go beyond that and to be themselves,” he says.

Kleinloog, who was the 2005 winner of the 1.618 Education Initiative before later becoming a judge, notes that the 2019 brief also asked students to consider various important social aspects, such as urban densification, accessibility and green spaces. She says De Villiers’ submission was chosen as the winning entry based on the clarity of thought behind the submission.

The remaining eight finalists were:

“PG Bison is extremely proud to be a thought leader in the design industry and of its contribution towards educating future specifiers,” says Markham. “We congratulate all our finalists for their hard work, and especially Sanette and Annabella, who took top honours.”