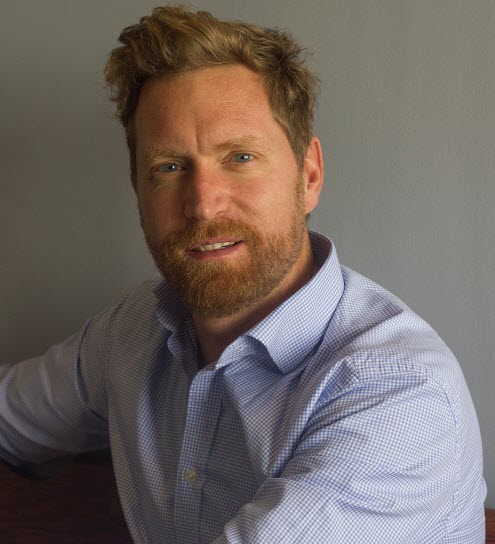 We’re drawing closer to announcing the winners of the 2019 1.618 Education Initiative and revealing the top submissions. The initiative is more than a prestigious competition, however. It can set the finalists on new paths. This was the case for Corné von Bratt, winner of the 2004 edition of the competition. We caught up with him to find out what winning meant for him.

At the time of winning, Corné was studying architecture at the Cape Peninsula University of Technology. After completing his studies, Corné worked in various architectural firms before founding his own company, ThinkLab Group, in 2009. The architectural marketing company services clients across the globe, helping property developers, architects and designers to create tailored marketing campaigns using the latest visual technologies and property branding expertise, combined with intimate knowledge of real estate and architecture.

This year marks a decade of entrepreneurship for Corné. It hasn’t all been easy (especially given that he founded ThinkLab Group during the global recession), but the business has weathered the storms and now employs 15 people. Its main markets are Dubai, the UK and the USA.

“Winning the PG Bison competition has a profound effect on my journey,” Corné says. “When things were getting tough in my career, I would think back to that. It was a confidence booster and a reminder that I am good at what I do.”

Corné enjoys the opportunities that his work provides – not just in exploring new technologies and combining his different areas of expertise, but in terms of helping people to develop too. “I love people and opportunities to teach,” he says. “My aim is to inspire people to be more than they were yesterday. This drives people to be better on all levels – work and personal.”

Outside of work, Corné is a family man. He’s married to Nicola and they have two children – James and Scarlett.

Thinking back to the competition, Corné says his submission was a design for a spa and was themed around finding balance in an unbalanced world. The entrance was designed to have sense of imbalance, with a floor that was not level and an overarching pergola that seemed to pull you off centre. As you moved through spa to different areas, however, the design and the spa experience helped you to become more balanced and centred. The exit from the spa was a narrow bridge without handrails, which Corné says signified that you were now so centred and balanced that you didn’t require any support.

“The day of the competition gala dinner was fantastic,” he recalls. “The support from PG Bison was amazing. I remember all us finalists were sitting at the same table and I was completely shocked when they called my name and I heard I had won.”

His prize – a trip to the Milan Furniture Fair with his lecturer, Arthur Barker, left a lasting impression on him. “Arthur is a great person. He has made me think differently and his mentorship has been important in my life. It was meaningful, having that trip, with him as a one-on-one travel companion. I’ll never forget the saying he wrote on one of my papers: ‘The world celebrates action, not thought.’ It was profound to me – understanding that great ideas need follow through. You have to do something so people can see it. The trip was inspirational.”

Corné believes that competitions like the 1.618 Design Initiative are important because they help to expose students to the wider world. “As a student, you are in a bubble,” he says. “Competitions like this expose you to what the real world can offer and be like. It’s also important for students to embrace technology; to explore the true limits of it. Sometimes when you get into the real world, and you have to deal with budget constraints, you don’t get to explore as much. These competitions can open your mind to think differently, where you’re not forced into a mould like in the real world.”

His advice to students is not to be limited by what they have studied. “The world is so much bigger than your bubble – open your mind to other possibilities, still using all the knowledge you have built up,” he says. “Use your knowledge creatively. That’s one of the biggest lessons I’ve had to learn in my career as I’ve broken out of architectural thinking and into the business world.”

He says it’s critical for students, education institutions and industry to adapt to the digital age. “If you don’t transform, you’ll be left behind,” he says. “The 1.618 competition first opened my eyes to 3D visualisation. I was one of the only students to use it and I think that’s one of the reasons I won. At ThinkLab Group we study the coming digital changes and we’ve learnt a lot over the years. I’d like to be a guide to help others through that change.”